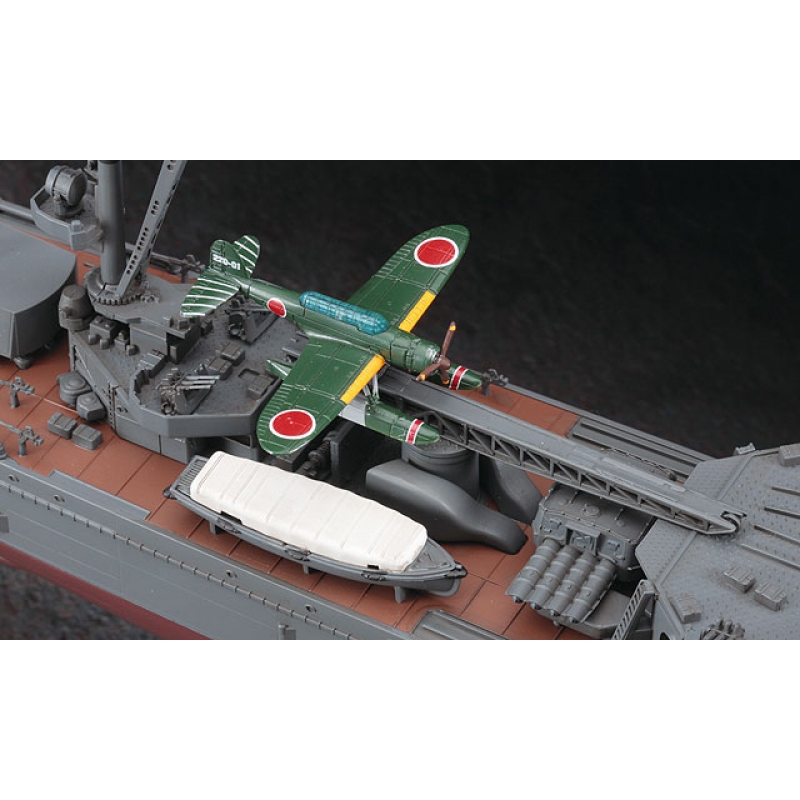 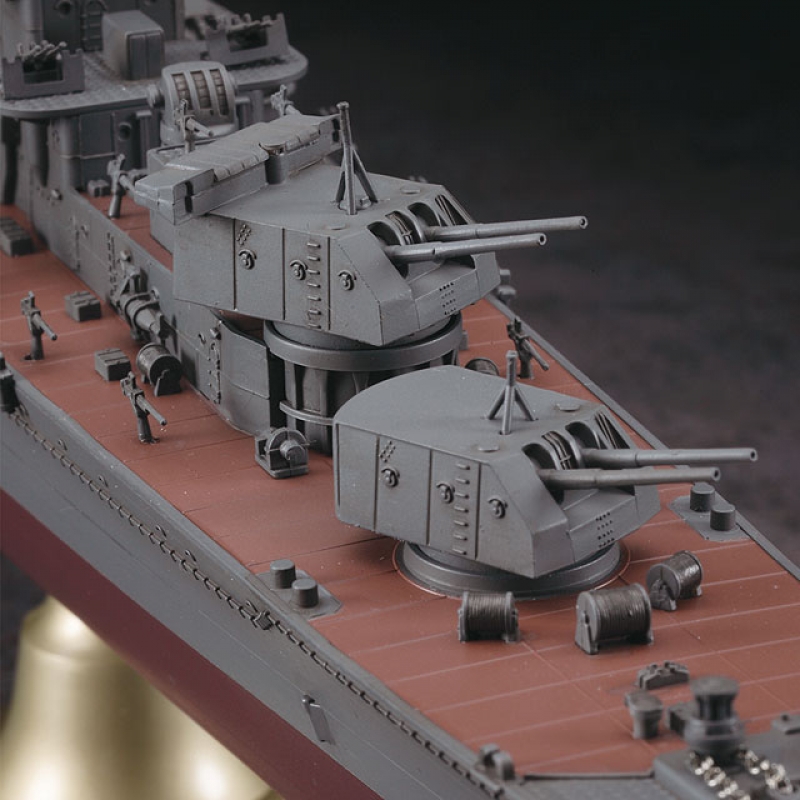 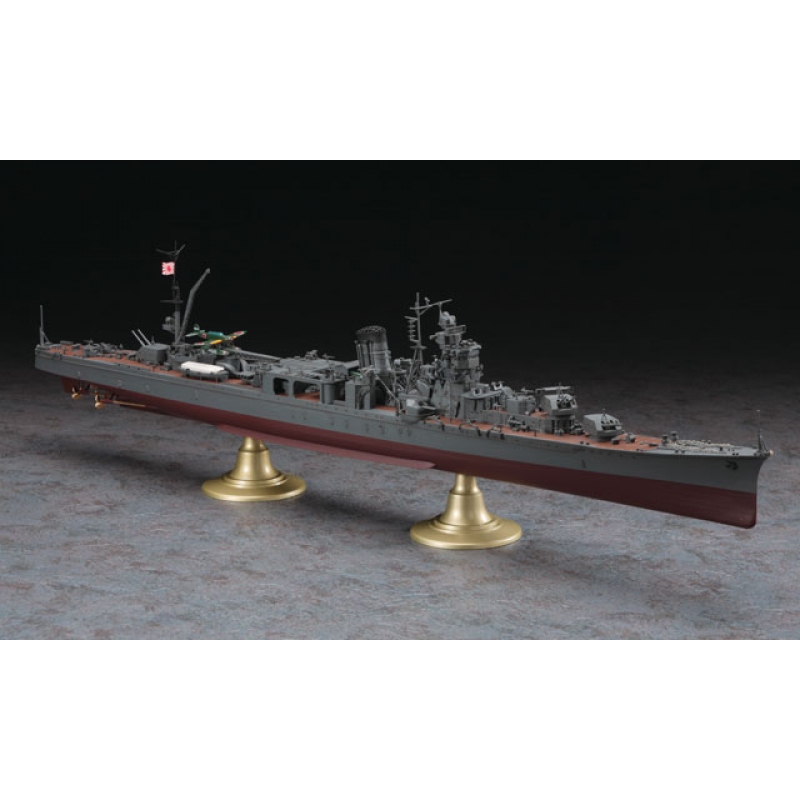 Yahagi was an Agano-class light cruiser, which formed part of the Imperial Japanese Navy (IJN) during World War II. She was deployed after the Midway battle,. On 6 April 1945, Yahagi was commissioned for “Operation Ten-Go” with the remaining fleet from the Japanese Navy, and ordered to sail towards the American fleet, even though they were outnumbered by a ratio of 1:6. During this suicide mission, Yahagi accompanied the flagship Yamoto, and 8 destroyers: Isokaze, Hamakaze, Yukikaze, Kasumi, Hatsushimo, Asashimo, Fuyuzuki and Shimotsuki. Once in Okinawa, the fleet became surrounded by over 400 warplanes, which resulted in an intense bomb and torpedo attack. Yahagi received a hit from more than 6 torpedos and eventually sank, along with her 445 crewman. Among the survivors were Rear Admiral Komura and Captain Tameichi Hara.

The  IJN Light Cruiser Yahagi Operation Tenichi model has been scaled down and constructed as an identical replica of the original. This ship model measures 27 cm in length and 8 cm in width. All parts have been molded in highly detailed plastic pieces, with a detailed hull and display stand included. In order to ensure this model is long-lasting waterslide decals have been used.