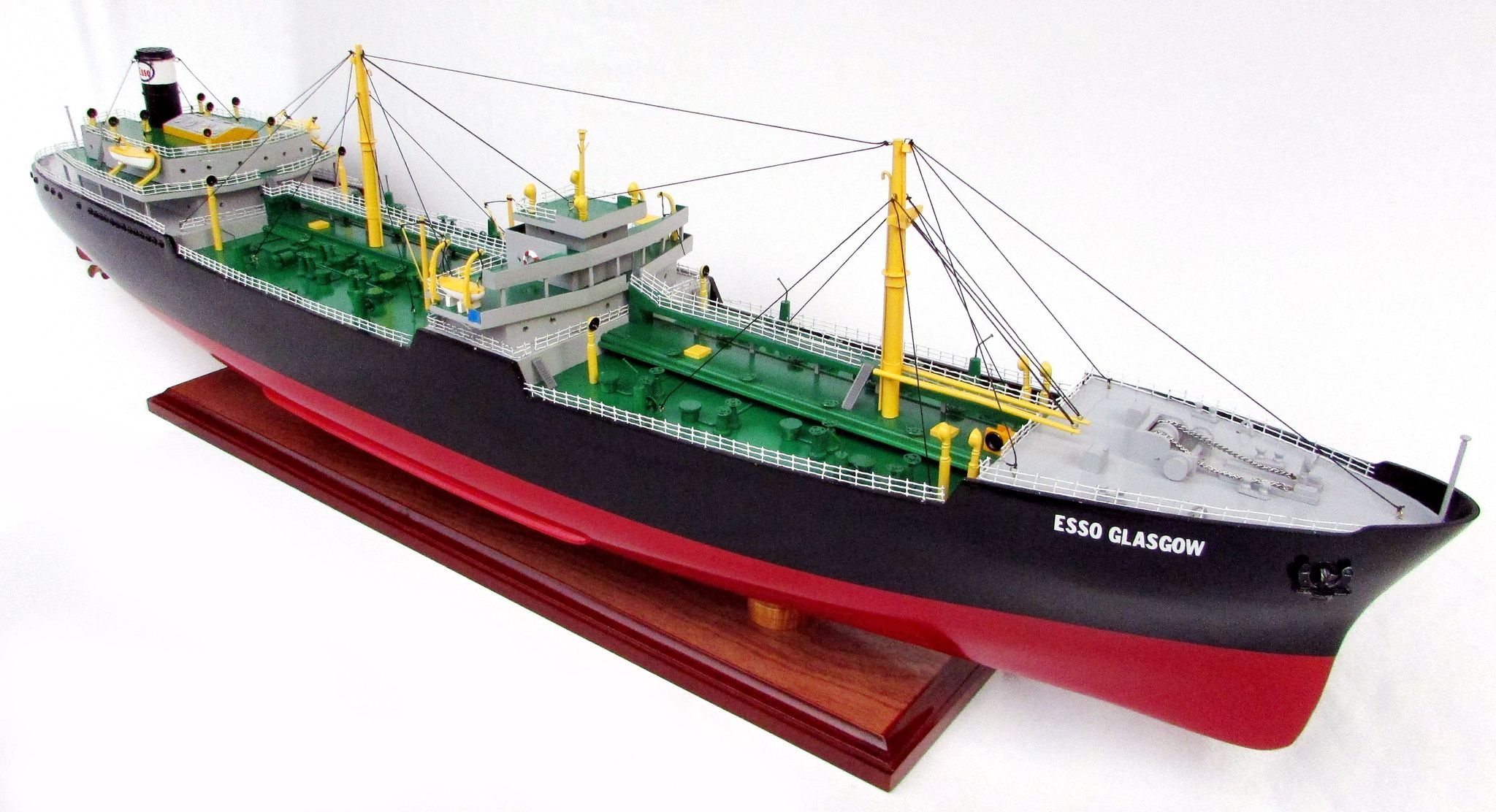 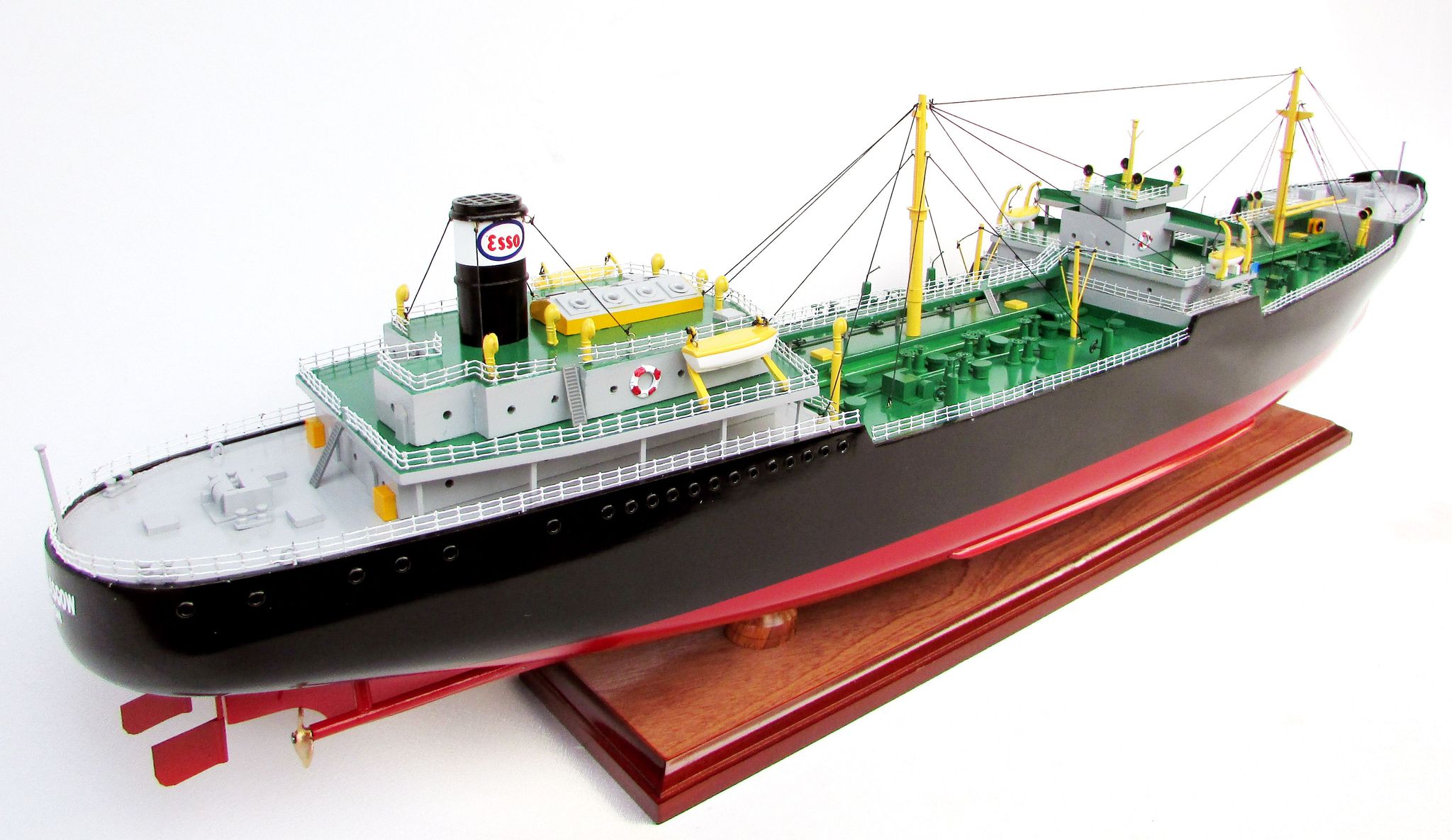 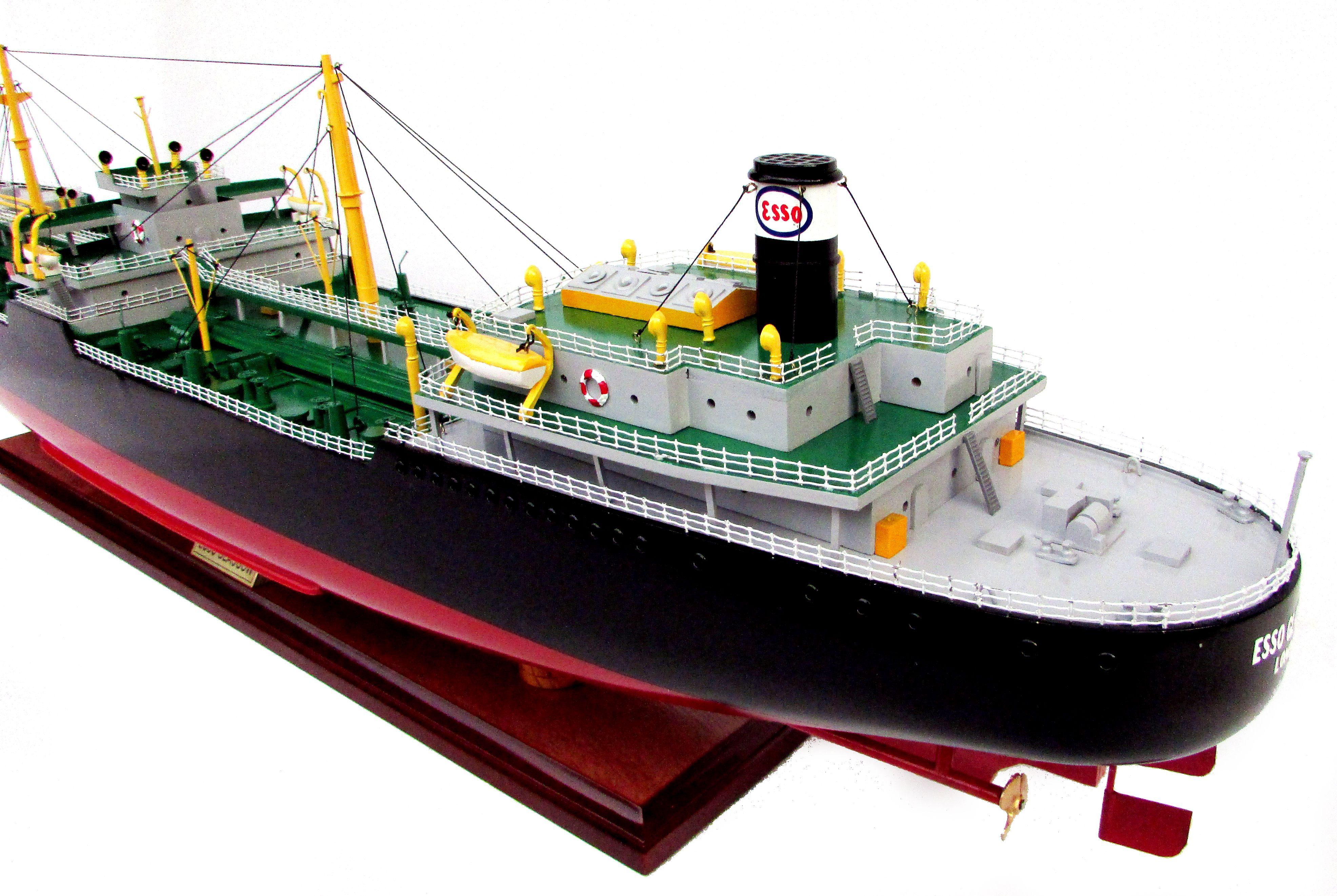 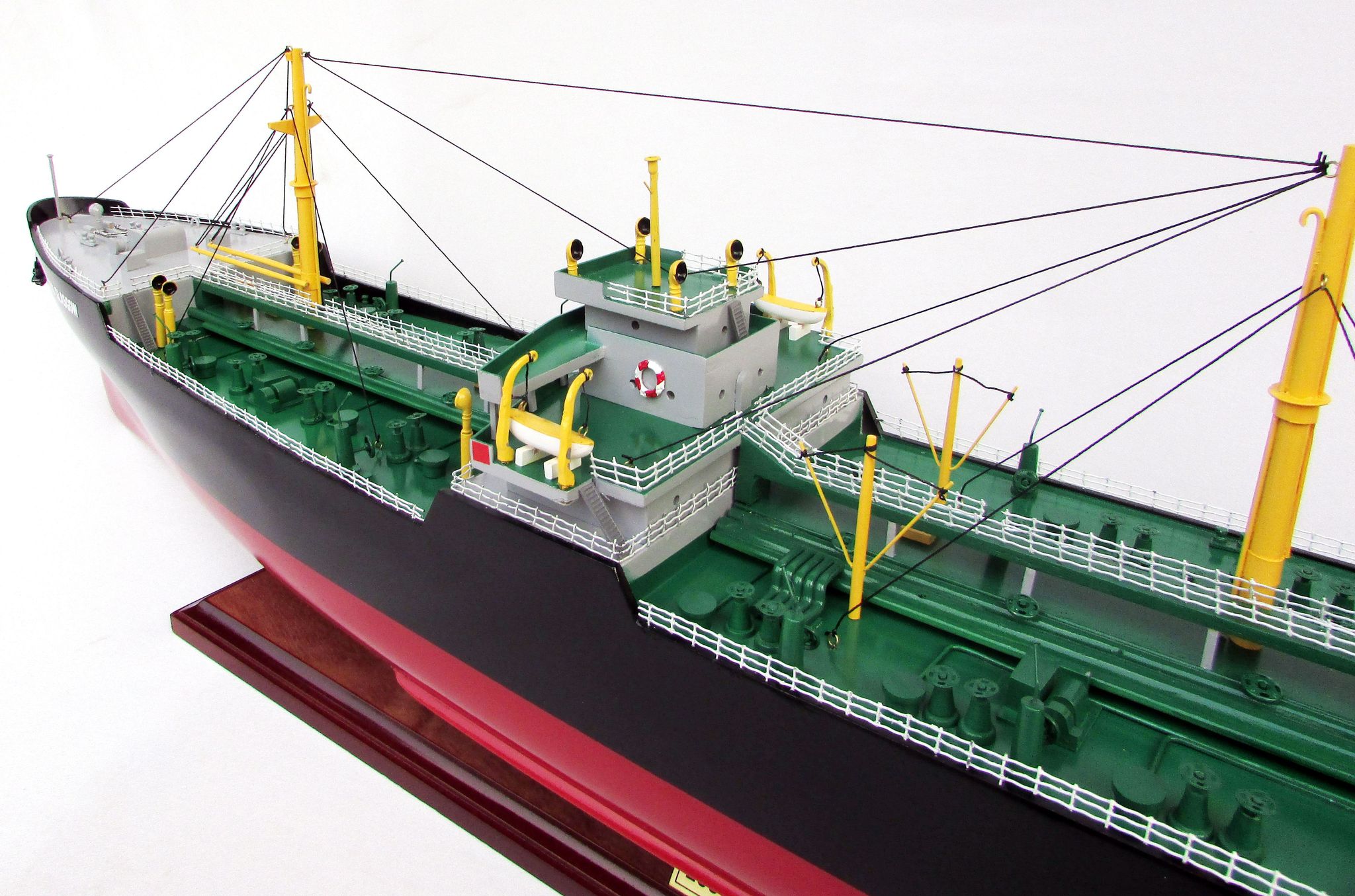 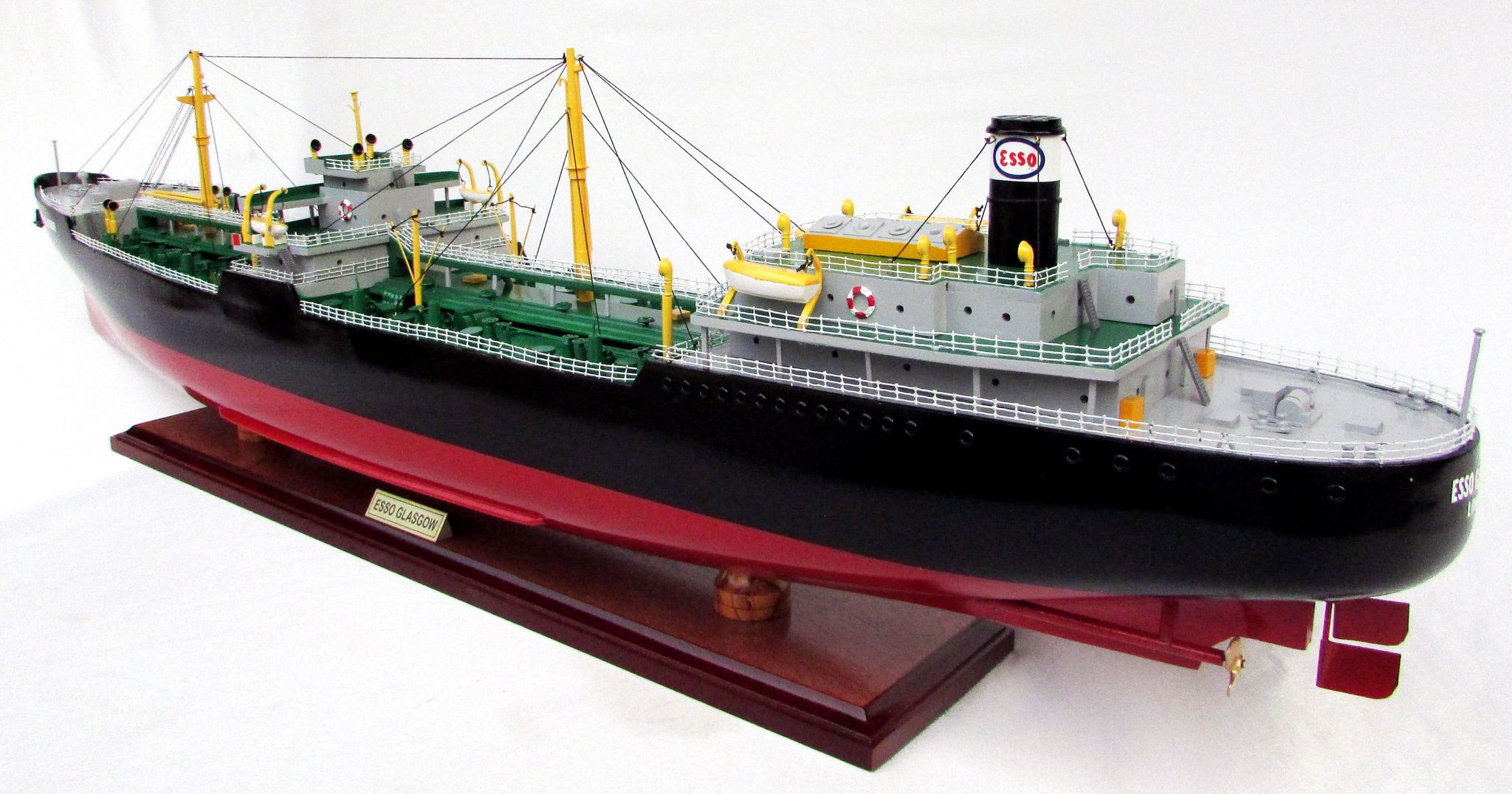 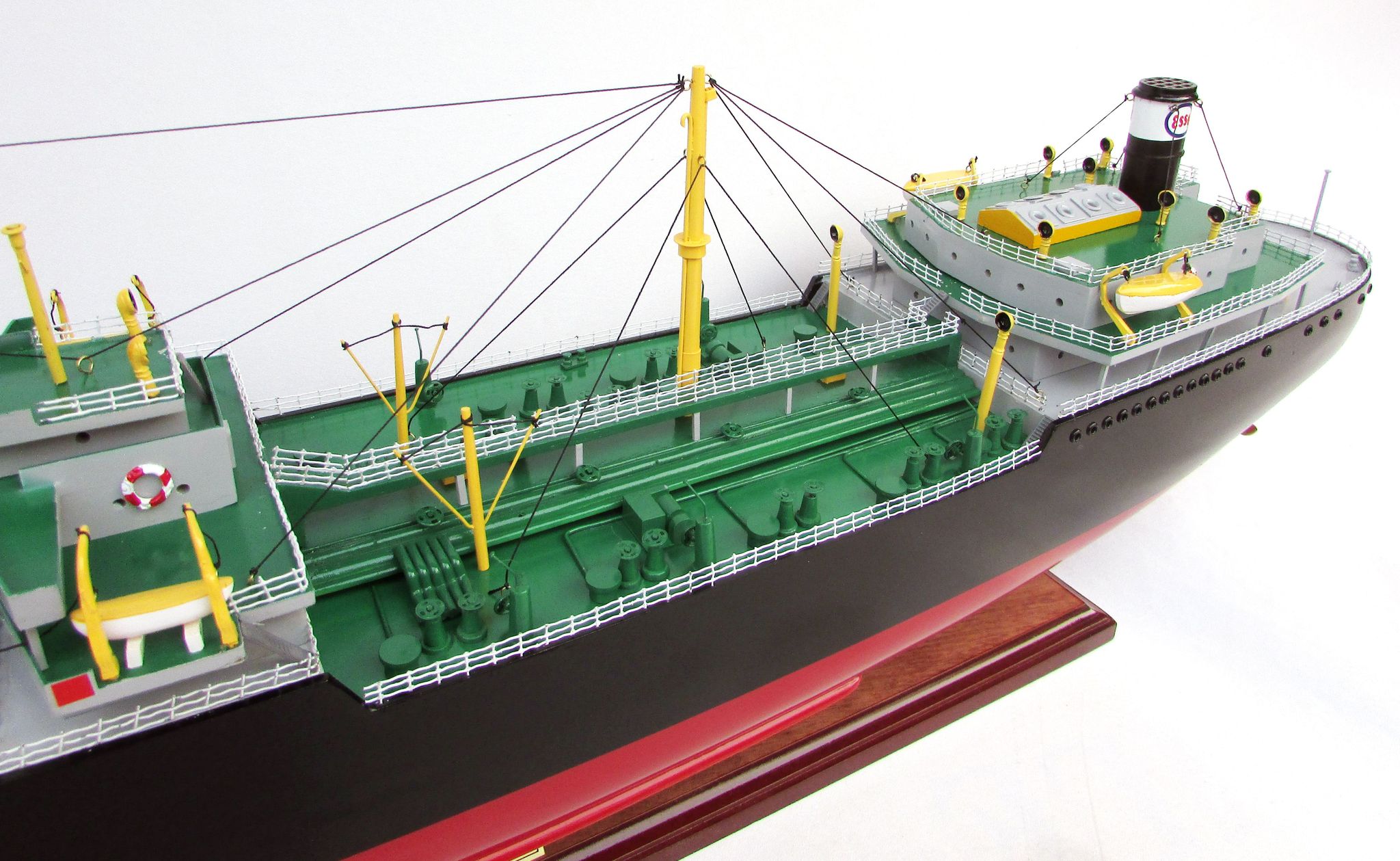 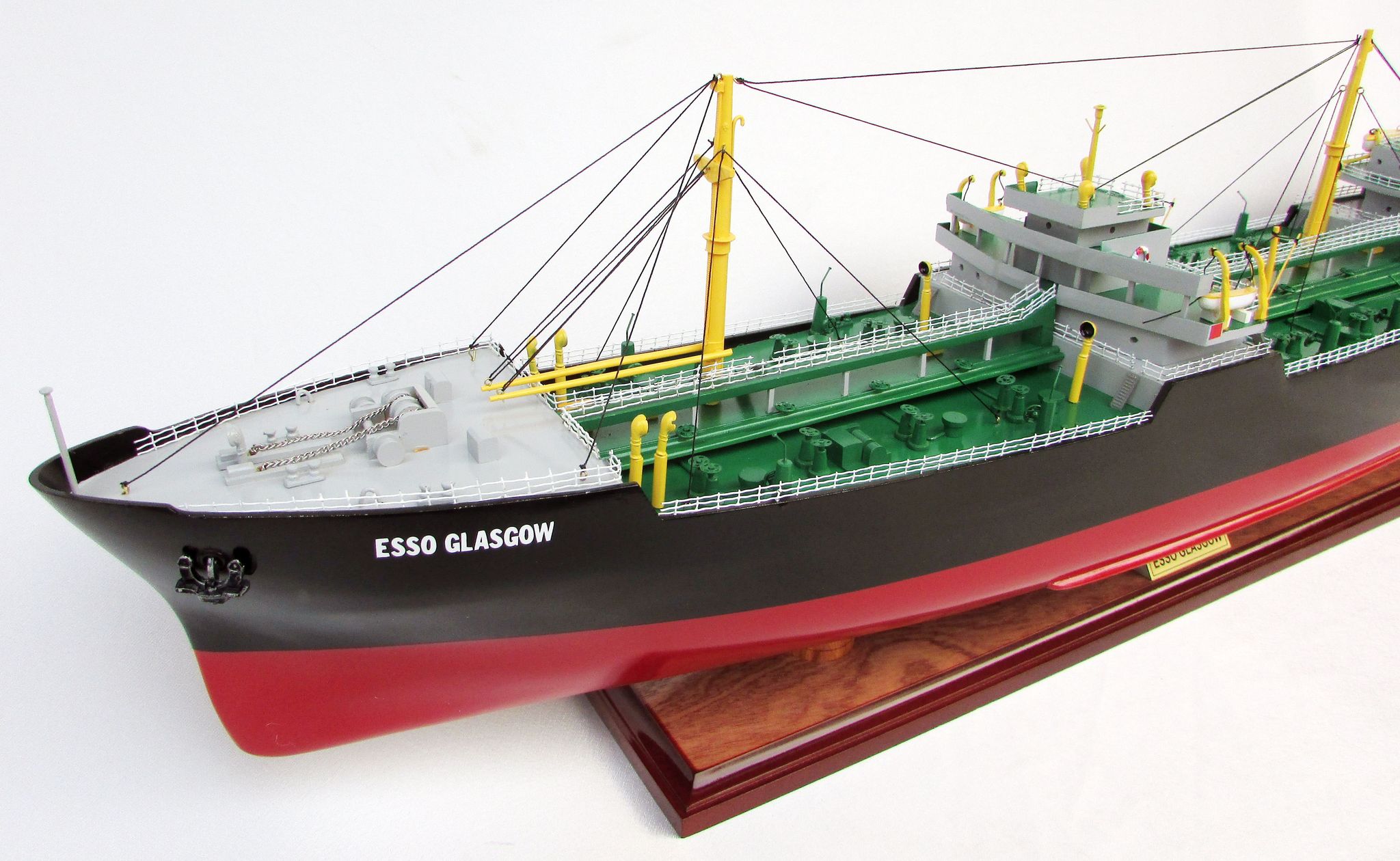 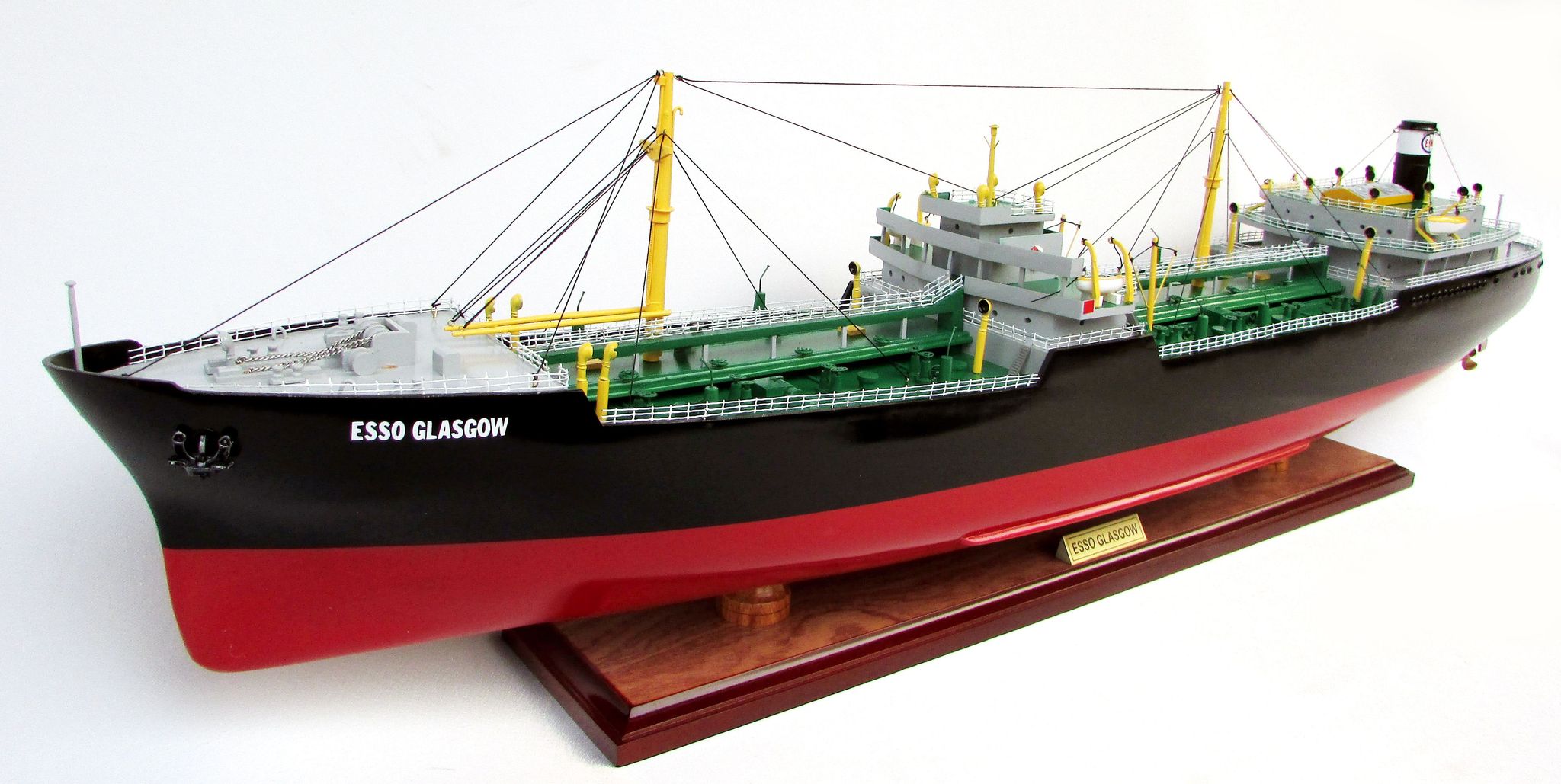 About the Esso Glasgow

The Esso Glasgow was originally launched as ‘Wauhatchie’ in 1944 and belonged a class of nine T2 tankers, built to transport diesel and fuel oil during World War II. She was later renamed, aSer she was sold to Esso UK in 1947. She served as a deep sea cargo ship for 10 years, transporting crude oil. In terms of her build, the Esso Glasgow was 523 feet long and had a gross tonnage of 10448. She contained 26 cargo tanks and could carry 791,898 cubic feet of oil. She also had a cargo tank to carry dry cargo.

In 1956, it was decided that she would be ﬁled with a new mid-section, which was built by Harland & Wolﬀ, eﬀectively allowing her to carry more cargo. The Esso Glasgow went on to serve as a cargo ship for another decade before she suﬀered major explosions whilst she was docked at the FeYy reﬁnery in 1967. Fortunately, none of the crew on board or ﬁremen were injured during the multiple explosions. ASer inspection, it was revealed that the explosions had been caused by marine diesel oil, which she had been loading at the Bme. Due to severe damage of some of her tanks, bulkheads and decking, she was brought to RoYerdam for extensive repairs. The Esso Glasgow was the last of the T2 tankers to remain in the ﬂeet. She was eventually scraped in 1971, after almost 30 years of service.

About the Esso Glasgow ship model

The Esso Glasgow model ship has been scratch-built by the master craftsmen, using her original plan and photographs. The model has been built as accurately as possible, and includes her signature green decking as well as the life boats.

This model requires hundreds of hours of work before completed and undergoes a stringent quality control process before leaving the workshop. The team of master craftsmen make use of their skills and expertise to build the hulls and bridges exclusively out of hand-picked hardwoods. Also used for building real-life ships, the construction method used is known as the plank-on-frame technique, and takes years to master. In order to create a smooth ﬁnish, the model ship is sanded and varnished, before the painting begins. The details on this ship have been replicated using polished brass and metal ﬁnishes. The Colombo Express model ship would make an exquisite addition to any space. The model is mounted on a solid wooden base and includes a brass plate.

This model is not a kit and is ready for display.

At Premier Ship Models, we are committed to building quality partnerships. That is why we have chosen to partner with quality suppliers. With more than twenty years of experience, our manufacturers are specialised in the manufacturer of luxury hand-crafted model boat and ships. What originally began as an arsenal family workshop, now produces an extensive range of highly sought-after collectibles; Including classic speedboat models, historic tall-ship models, cruise ship models, moderns yacht models and battleship models. These ship models are carefully hand crafted and made from the highest quality hardwoods, sourced from local exotic wood resources.

Be the first to review “Esso Glasgow – GN” Cancel reply